Are you trying to hire an iOS Developer to build a stellar iOS App for your company? iOS technology is continuously updating and sometime it can be challenging for recruiters/hiring manager to ask the right questions from the candidates.  Interview process begins with the recruiter, where the recruiter will ask basic screening questions to make sure the candidate is fit for the next round of technical interview. We have created a comprehensive list of questions that Recruiters and Technical Managers can ask for interviewing an iOS Developer. These questions will help you with both kinds of interviews Face-to-face interviews and video interview.

Initial Screening Questions to be asked by Recruiters

Q1: How many years have you worked in iOS Development?

Q2. How many apps have you published in the app store?

Q3. What database have you used in building an iOS App?

CoreData is used to save data locally in the app. Backend database could be MySQL, MongoDB, NoSQL, AWS-DynamoDB.

Q4. What experience do you have in integrating APIs with the app?

Candidate should be able to tell the recruiters about the exp in integrating APIs with the app.

Q5. Have you worked on third party APIs?

Candidate should be able to tell you if he/she has worked on integrating third party APIs in the app like Facebook API, Instagram API, Paypal API.

Q6. How would you create the user interface of the app:

Q7. What tools do you use to test the performance of your app?

ARC (Automatic Reference Counting) is a memory and object lifetime management model of Elements compiler that manages object life cycles. It tracks all valid references to an object via an internal retain count.

The bundle ID or identifier is used to identify an update in your app. It is used in both iOS and OS X apps.

Q10. What are the data types found in objective C?

There are four data types in objective-C: Bool, NSintegar, CGfloat, and string.

Cocoa touch in an Object-C language used for developing software codes. It comprises a unique set of graphical control elements and runs only on iOS.

Q12. What are programming languages used for iOS development?

Q13. What are the methods required for concurrency?

The processes for concurrency are

Q14. What is the difference between atomic and non-atomic synthesized properties?

Q15. How would you know when an app is not running the state?

An app that fails while launching or gets terminated by the system when put to execution.

Objects are instances of a class and contain states and behavior. For example, if a dog is an object, its states are colors, names, and breed. Similarly, its behavior is barking, eating, and wagging its tail.
In software development, fields store a software object, and its behavior is displayed through methods.
Objects can be a function, data structure, variable, or method.

An app that accepts events and runs in the foreground is considered to be in its active state.

Q18. What framework is required to develop an application’s user interface?

iBeacon is a system that empowers mobile apps to receive and respond to signals from beacons from the real world. It comes with a broadcaster and a receiver.

Q22. When is the category used?

KVO means key-value observing through which a controller can observe changes to property value.

GCD (Grand Central Dispatch) is a library that enables object-based and low-level APIs to run tasks accordingly while managing threads.

Q25. Which method is used for executing final utilization before presenting the app to the end-user?

Before presenting the app to the user, we can use “application:didFinishLaunchingWithOptions” to execute the code for the first time.

Q26. What is Code Coverage?

Code coverage is used to estimate the unit tests values.

Q27. What is a Responder Chain?

A Responder Chain is the hierarchy of objects that can respond to events received.

Q28. What is Operator Overloading?

Operator overloading is used to work on how existing operators perform with types that already exist. Operators are those little symbols like +, *, and /.

Q29. What is the role of design patterns in Linux?

Some common Cocoa design patterns include:

An adapter can integrate with classes with adverse interfaces putting it in sync. It also integrates with an object and allows it to interact with a standard interface.

Significant location changes: the location is delivered approximately every 500 meters (usually up to 1 km)

Delegate is a design pattern, which is used to pass the data or communication between structs or classes. Delegate allows sending a message from one object to another object when a specific event happens and is used for handling table view and collection view events.

Q34. What is the difference between Array and NSArray?

The difference between Array and NSArray are given below:

Q35. What is the difference between Upcast and Downcast in Swift?

Q36. What does the Swift mutating keyword mean?

Being the value type, structs are immutable. Meaning other variables can not change the values for instance of structure at any given point.
The mutating word is required for changing the values of self variables inside the structure’s function only.

Q37. Can you add a stored property to a type by using an extension? How or why not?

No, it’s not possible. You can use an extension to add new behavior to an existing type, but not to alter either the type itself or its interface. If you add a stored property, you’d need extra memory to store the new value. An extension cannot manage such a task.

Closures are reference types. If you assign a closure to a variable and copy the variable into another variable, you also copy a reference to the same closure and its capture list. 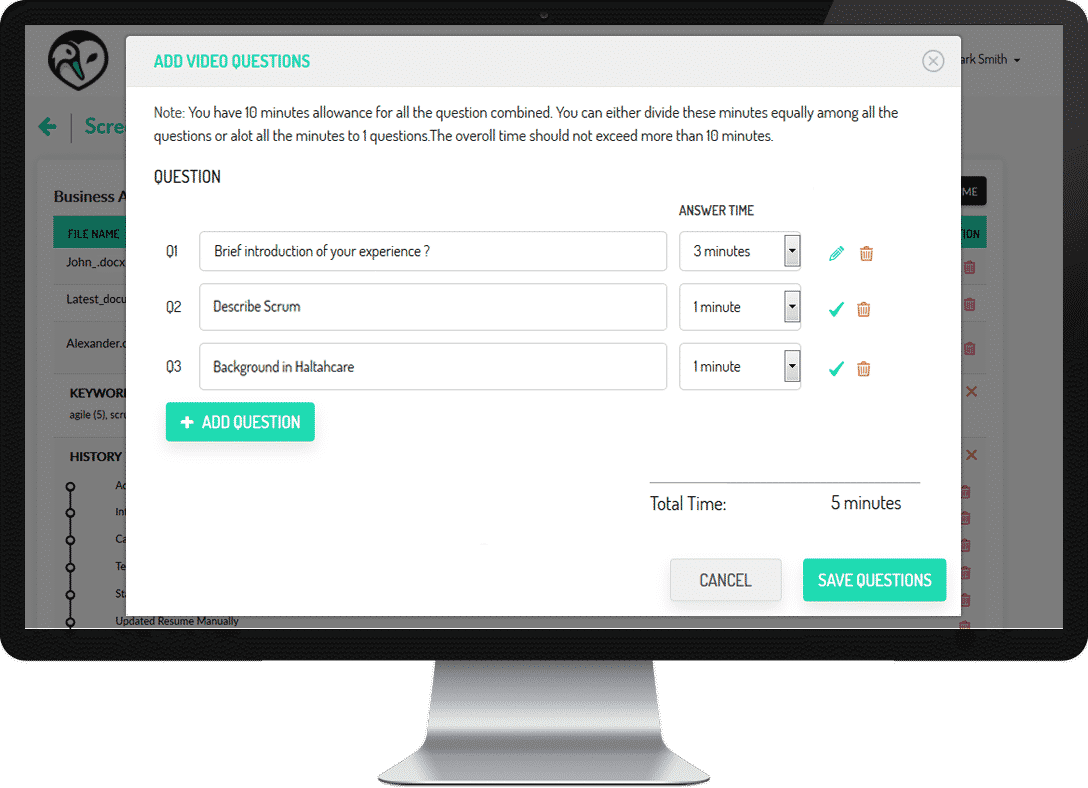 The recruiter or hiring manager assigns questions for the candidate to address and a cutoff by which to respond. They can also set a time limit for each video. Questions can be customized for a specific job or position, and every candidate gets the same questions for consistency. 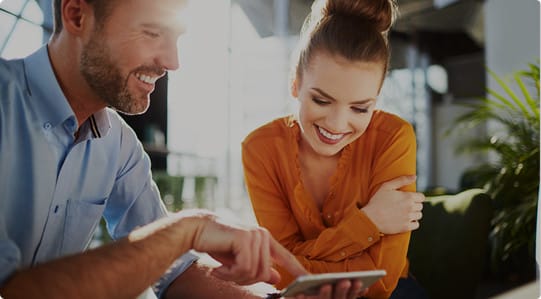 Candidates receive an email with the questions and are requested to submit responses to each. Candidates have the option to retake the answer before the final submission.

The recruiter or hiring manager views the video responses and rates them.  They can also share them with members of the hiring team or other staff. Unlike an in-person interview, everyone involved in hiring can see the candidate’s video responses.